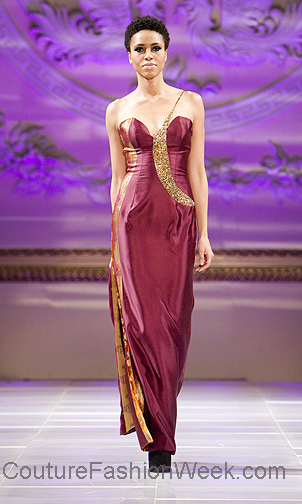 The models traveled to New York with Vietnam’s Next Top Model executive producer Trang Le and a delegation of staff members and six judges who evaluated the models’ runway presence and skill. The event was filmed for  broadcast in Vietnam where the very popular program has a huge audience.

“It was wonderful to have the Next Top Model finalists from Vietnam walking on the runway,” says designer and event producer Andres Aquino. “They brought an air of exotic beauty to the show, and were a perfect match for our philosophy of diversity and inclusiveness. From the beginning, this rainbow of ethnicity in our runway models is one of CFW’s most unique characteristics, setting it apart from most other fashion weeks around the world.”